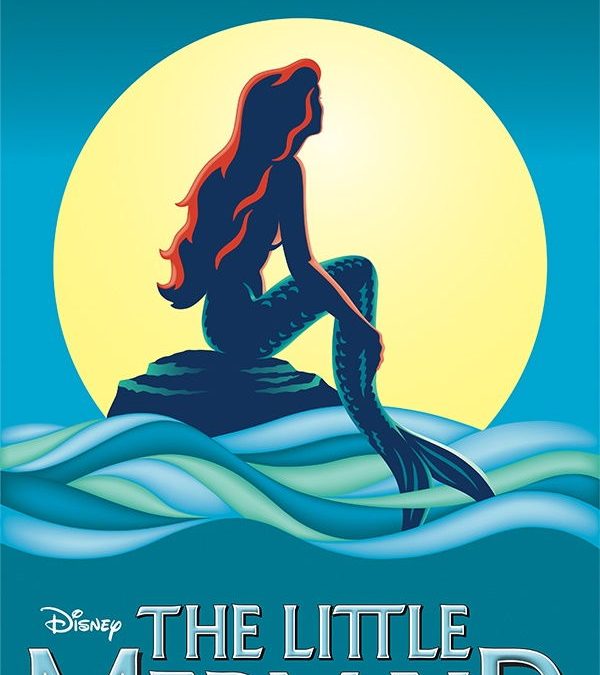 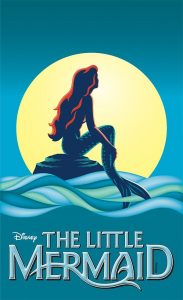 Featuring a Live Orchestra, West Forsyth High School’s Award Winning Studio West Productions is excited to present the Hit Broadway Musical, “Disney’s The Little Mermaid!” With rich costumes and “Out of this World” sets, this delightfully entertaining family show will have you singing some of the most memorable songs from the past 30 years.
Eric Gray the shows director says,”I am very excited about doing The Little Mermaid. Just like last years award winning Nice Work if You can Get it, I felt I have the right cast for this show. People go to see the Junior version at middle schools all the time, but let me tell you this show is no Junior version! It has so much more and is a very hard show to perform.
I am excited to bring such a wonderful story to the West Forsyth Stage and very excited to have a live orchestra again with a lot of the same players we had last year. I hope our audience will come out and support the show.”
Based on one of Hans Christian Andersen’s most beloved stories and the classic animated film, Disney’s The Little Mermaid is a hauntingly beautiful love story for the ages. With music by eight-time Academy Award winner Alan Menken, lyrics by Howard Ashman and Glenn Slater, and a compelling book by Doug Wright, this fishy fable will capture your heart with its irresistible songs including “Under the Sea,” “Kiss the Girl,” and “Part of Your World.” Ariel, King Triton’s youngest daughter, wishes to pursue the human Prince Eric in the world above and bargains with the evil sea witch, Ursula, to trade her tail for legs. But the bargain is not what it seems and Ariel needs the help of her colorful friends Flounder the fish, Scuttle the seagull, and Sebastian the crab to restore order under the sea.
Let Studio West Productions bring a little Broadway to West Forsyth!
“Little Mermaid” will run Friday March 11th through Sunday, March 20th. Tickets can be purchased at http://studiowestprdns.ludustickets.com/ or at the door. Adult tickets are $15.00 and Student and Senior (65+) Tickets are $12.00. To ask about our special “Scout Performance,” please e-mail Kathye@bellsouth.net. All performances will be held at the West Forsyth High School Auditorium at 4155 Drew Road, Cumming, GA 30040.
For more information about West Forsyth High School’s Studio West Productions, or to learn how you can contribute, go to https://studiowestproductions.org or visit or Facebook Page at https://www.facebook.com/WFHSStudioWestProductions.
Additional Information about “Disney’s The Little Mermaid”
Director: Eric Gray
Choreographer: James Landreau
Show times are as follows:
Friday, March 11, 2016 at 7:30 pm
Saturday, March 12, 2016 at 7:30 pm
Friday, March 18, 2016 at 7:30 pm
Saturday, March 19, 2016 at 7:30 pm
Sunday, March 20, 2016 at 3:00 pm
Disney’s The Little Mermaid
Music by
Alan Menken Lyrics by
Howard Ashman Book by
Glenn Slater Doug Wright
Based on the Hans Christian Andersen story and the Disney film produced by Howard Ashman & John Musker and written & directed by John Musker & Ron Clements. Originally Produced by Disney Theatrical Productions.
Is presented through special arrangement with Music Theatre International (MTI).
All authorized performance materials are also supplied by MTI.
CAST PHOTOS WILL BE AVAILABLE UPON REQUEST