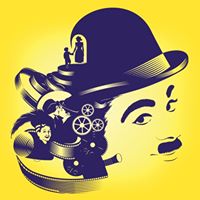 Featuring a Live Orchestra, West Forsyth High School’s Award Winning Studio West Productions is excited to present the Hit Broadway Musical, “Chaplin.” Based on the life of Charlie Chaplin, this entertaining and emotional production will take you back to a time in our country’s rich history and show audiences of today what a cultural, cinematic and historical force Charlie Chaplin was.
Charlie Chaplin came to America an unknown. He left amidst scandals and controversy. In between, Charlie Chaplin became one of the best-loved and most famous entertainers in the world. From the gritty streets and smoky music halls of London to movie screens across the world, Chaplin goes behind the camera to show how a comic genius found soaring success and later fell from grace. Chaplin provides a captivating close-up on the man who changed motion pictures forever.
Studio West’s Director, Eric Gray says, “It is very exciting to be given this rare opportunity to premiere CHAPLIN the Musical as we also did for the award winning Nice Work if You Can Get it, In both cases, I felt we had the perfect cast for the show. To bring such a wonderful and very moving story to the West Forsyth Stage is such an honor. With an emotional musical score, great dance numbers, lots of special effects with lavish costumes and a live orchestra, the evening should prove to be very memorable event. I hope our audience will come out and support the show.”
“Chaplin the Musical” will run Friday March 17 – 18 7:30pm and March 19 at 3:00 and March 24-25 at 7:30pm. Tickets can be purchased at http://studiowestprdns.ludustickets.com/ or at the door. Adult tickets are $15.00 and Student and Senior (65+) Tickets are $12.00. To ask about group rates for 20 or more, please e-mail Kathye@bellsouth.net. All performances will be held at the West Forsyth High School Auditorium at 4155 Drew Road, Cumming, GA 30040. For more information about West Forsyth High School’s Studio West Productions, or to learn how you can contribute, go to http://www.studiowestproductions.org/ or visit or Facebook Page at https://www.facebook.com/WFHSStudioWestProductions.
Additional Information about “Chaplin the Musical”
Director: Eric Gray
Choreographer: James Landreau
Show times are as follows: