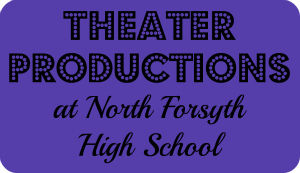 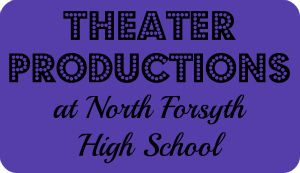 The Emmy® Award-winning Saturday morning educational cartoon series and pop culture phenomenon is now the basis for one of the most fun  musicals ever to hit the stage.  This energetic musical, follows Tom, a young school teacher who is nervous about his first day of teaching. He tries to relax by watching TV when various characters representing facets of his personality emerge from the set and show him how to win his students over with imagination and music. Memorable songs as “Just A Bill,”  and “Conjunction Junction” bring his lesson plans vividly to life!  Presented by the CLASS ACT Musical Theatre & Techical Theatre Classes

Based on the Oscar-winning DreamWorks Animation film, Shrek The Musical is a TONY Award-winning fairy tale adventure featuring all new songs from Jeanine Tesori (Thoroughly Modern Millie, Caroline or Change) and a sidesplitting book by David Lindsay-Abaire. Shrek brings all the beloved characters you know from the film to life on stage, and proves there’s more to the story than meets the ears.  “Once upon a time, there was a little ogre named Shrek…” And thus begins the tale of an unlikely hero who finds himself on a life-changing journey alongside a wisecracking Donkey and a feisty princess who resists her rescue. Throw in a short tempered bad guy, a cookie with an attitude, and over a dozen other fairy tale misfits, and you’ve got the kind of mess that calls for a real hero. Luckily, there’s one on hand…and his name is Shrek.In this TYA adaptation developed by The Coterie, a shortened running time  make this the perfect show for families.  Presented by the TRIPLE THREAT Musical Theatre & Technical Theatre Classes

SPECIAL EVENT!  ANNUAL CHARACTER PANCAKE BREAKFAST! Happily “Ogre” After!
SATURDAY February 27th, 2016 at 9:00 AM & 11:00 AM
Join Shrek, (and many of his Fairy Tale character friends!) for a fun filled morning with food, music and some surprises!  Tickets go fast for this annual event to so don’t wait to get yours!  Children must be accompanied by a ticketed adult. Tickets $12.00 in advance and $15.00 at the door.

THE BIRDS: A MODERN ADAPTATION by Don Zolidis
based on the play by Aristophanes
March 12th at 2:00 PM & 7:00 PM

Fed up with a world of insurance salesmen and petty problems, two miscreants flee to the kingdom of the birds for a simpler life. While living there, the two scheme up a financial jackpot that could turn the birds’ land into a powerful utopia. Their only obstacle: the wrath of the gods. A hilarious and satirical look at politics, religion, and the foolishness of mankind that revives and revamps Aristophanes’ classic comedy.
Presented by the NORTHSTARS Advanced Drama Class

Based on Disney’s epic animated musical adventure and Edgar Rice Burrough’s Tarzan of the Apes, Tarzan features heart-pumping music by rock legend Phil Collins and a book by TONY Award-winning playwright, David Henry Hwang. High-flying excitement and hits like the Academy Award winning “You’ll Be in My Heart” as well as “Son of Man” and “Two Worlds” make Tarzan an unforgettable theatrical experience.   Washed up on the shores of West Africa, an infant boy is taken in and raised by gorillas who name him Tarzan. Apart from striving for acceptance from his ape father, Tarzan’s life is mostly monkey business until a human expedition treks into his tribe’s territory and he encounters creatures like himself for the first time. Tarzan struggles to navigate a jungle, thick with emotion as he discovers his animal upbringing clashing with his human instincts.

THESPIAN SHOWCASE
May 7th at 2:00 PM & 7:00 PM
$5.00 General AdmissionJoin us for our 1st Annual Showcase of the work of the “Rhythm and Sole” Dance Club, “WiseFools” Improv Troupe, Thespians,  and emerging talent from our many theatre classes.  This event is sure to please! Something for everyone!