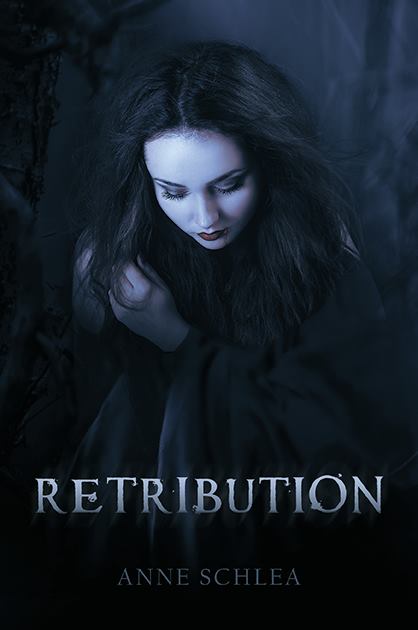 Todays post is written by Melissa Loggins. Melissa owns Music Authority.
You already know me as Melissa Loggins, owner of Music Authority. However, I have an alter ego, Anne Schlea. (Taken from my middle and maiden name.) Below follows a press release from my publisher involving a novel that I have just published.
Vampire discovers inner strength after being forced to grow up in ‘Retribution’ Anne Schlea announces publication of new Southern paranormal fantasy
Beginning as a collection of short stories, “Retribution” (published by Archway Publishing) by Anne Schlea grew to a full length novel over a number of years. In the novel, Antonia Paige has been ripped out of vampire retirement, and she’s not happy about it.
Everyone in her life agrees Antonia was given control of her family’s clan when she was far too young. Wanting to escape from the responsibility after a couple hundred years of trying to lead the family, Antonia vanishes. Intent on curing herself of the vampire virus, Antonia studies at a small Georgia college to work toward her goal.
Wanting to lead the clan himself, her brother Richard tracks her down determined to murder her. However, an old lover is waiting for an opportunity to rescue her – but Antonia doesn’t want to be saved, she wants to prove herself.
“This book has a strong female protagonist when many books in this genre are male-centric. Antonia is strong, she has flaws, and she is on a journey of self-discovery; something I feel many of my readers will be able to connect with,” Schlea says.
“Retribution”
By Anne Schlea
Hardcover | 5.5 x 8.5 in | 250 pages | ISBN 9781480848467
Softcover | 5.5 x 8.5 in | 250 pages | ISBN 9781480848481
E-Book | 250 pages | ISBN 9781480848474
Available for purchase at Amazon and Barnes & Noble

About the Author
Anne Schlea is an avid reader with a deep love of paranormal fiction, history, and mythology, and a personal collection of more than three thousand titles. Her writing buddy is a Siamese cat mix named for the Toto song “Rosanna.” She lives in the northern suburbs of Atlanta, Georgia, a short drive from the Appalachian Mountains.
Paranormal Fantasy | Atlanta | Anne Schlea